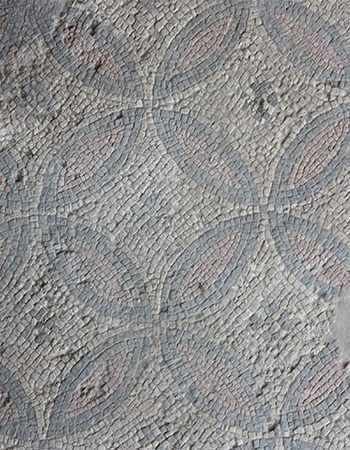 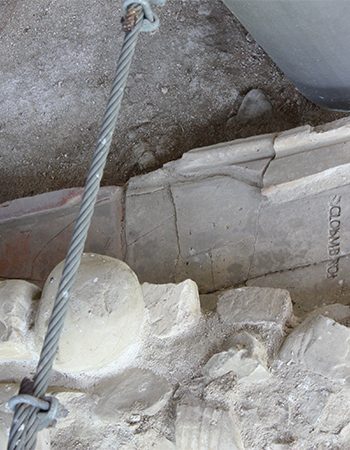 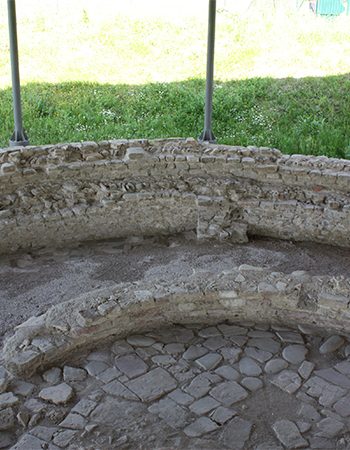 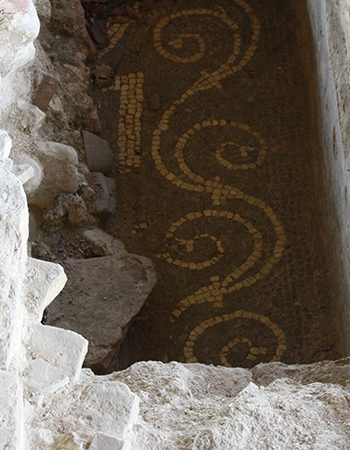 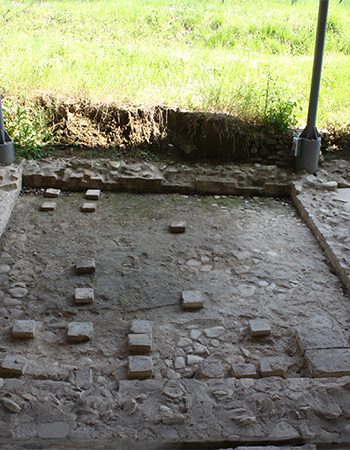 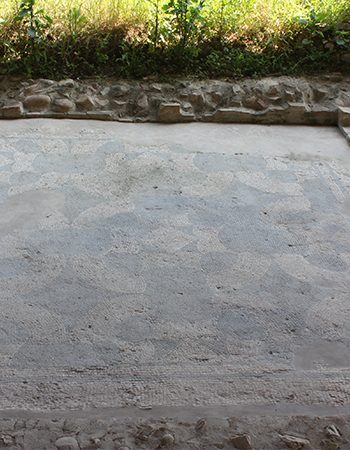 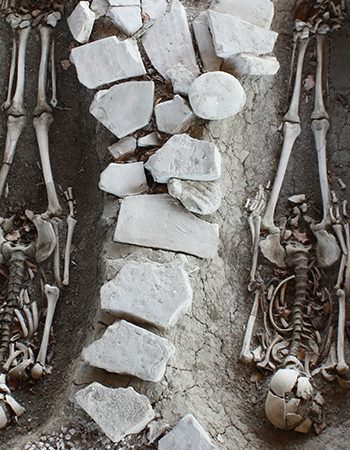 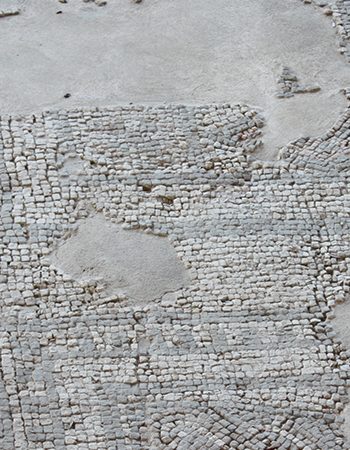 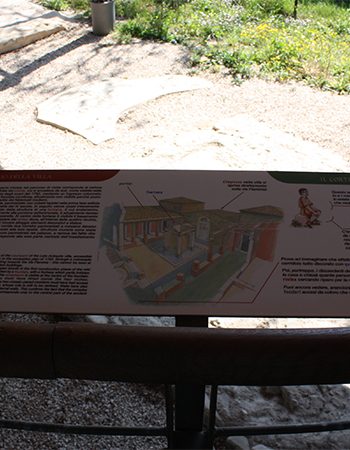 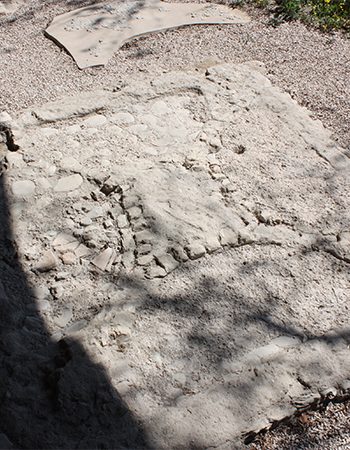 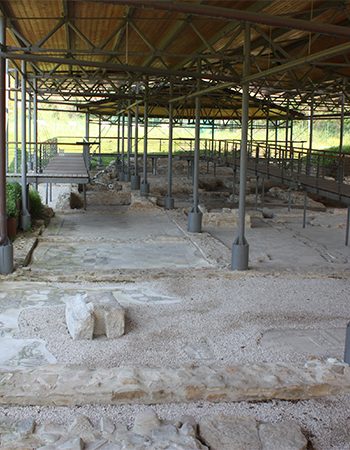 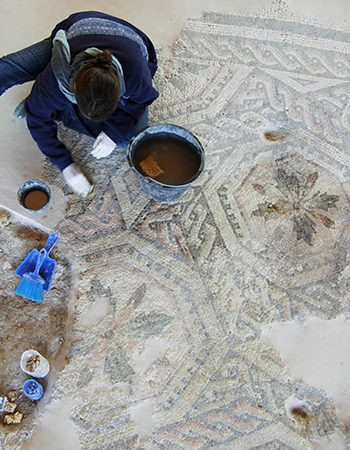 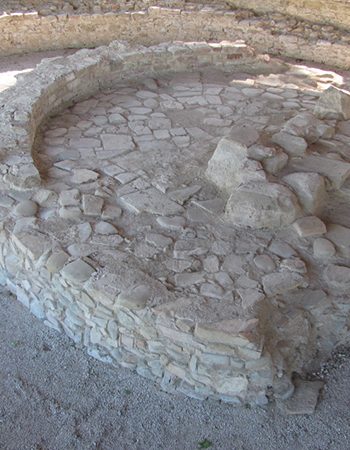 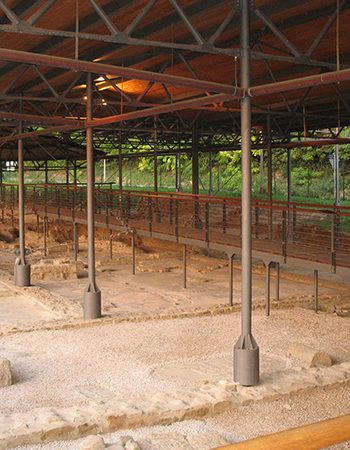 The site is located at the crossroads between the Flaminia consular road (Statale Adriatica) and the diverticulum that connected it to the Roman port of Vallugola. The excavations conducted in the last twenty-five years on the traces of the research of Annibale degli Abbati Olivieri (1757) have brought to light a late imperial villa, dated from between the III and VI century AD. on which the early Christian basilica of San Cristoforo in Aquilam is set. The basilica was the site of the important meeting between Pope Zacharias and the exarch Eutiche, in 743 A.D.

The domus is articulated around a porticoed courtyard, with a main sector, two banquet and ceremonial rooms, some residential rooms and a thermal sector. Floors are decorated with white, black and polychrome tesserae mosaics, with geometric and floral motifs.